100 years ago today, in 1918, the Representation of the People Act marked the first step towards women’s suffrage in the UK. The act gave women over the age of 30, who either owned land themselves or were married to men with property, the right to vote. The act also lowered men’s voting age from 30 to 21. It would be another decade before the vote was given to all women over the age of 21 on equal terms with men.

I have long been a fan of Queen Victoria. I own a copy of her diaries, I’ve read her biographies and have watched The Young Victoria more times than I care to admit. Her relationship with her husband, Albert, who … END_OF_DOCUMENT_TOKEN_TO_BE_REPLACED

… in 1415, the Battle of Agincourt took place between the English and the French during the Hundred Years’ War. The result was a major English victory, despite the fact that the French troops vastly outnumbered the English. Their success is attributed to their use of longbows – an English weapon that was greatly superior to the French crossbow. A trained English archer could shoot six aimed arrows a minute, and these arrows could penetrate armour from 100 yards away (and kill from 200). 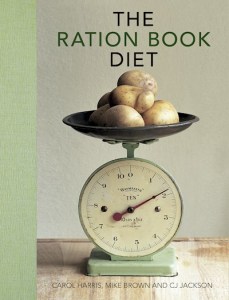 A fun, interesting book that effortlessly combines two of my greatest loves: history and food. If you’re into cooking and healthy eating, this little recipe book would make a quirky addition to your shelf.

END_OF_DOCUMENT_TOKEN_TO_BE_REPLACED

…in 1940 the Blitz began. The night of September 7th was the first of fifty-seven consecutive nights of bombing across London and the UK by German bombers.In all, the ‘lightening war’ lasted for eight months, and was ultimately a strategic failure … END_OF_DOCUMENT_TOKEN_TO_BE_REPLACED

… in 1886, Siegfried Sassoon was born. Sassoon was a British author and poet famous for his anti-war writing post World War One.

END_OF_DOCUMENT_TOKEN_TO_BE_REPLACED

…in 1666, the Great Fire of London began. It originated at Thomas Farriner’s bakery in Pudding Lane in the early hours of the morning. It raged for four days and devastated the city.

Code-named ‘Operation Dynamo’ and nick-named by some as ‘The Miracle Of Dunkirk,’ hundreds of boats sailed across the Channel to rescue almost a quarter of a million Allied troops who were trapped on the beaches of Dunkirk in France. The rescue vessels ranged from military ships to ordinary fishing boats and even private yachts. As they would do so many times throughout the war, the British people came together in the face of adversity and triumphed.

In total, 338,226 soldiers were saved as a result of Operation Dynamo. Had the evacuation not happened, the outcome of the Second World War could have been very different.