While wartime films did open up passage of gender exploration for both film-makers and audiences, the war itself meant that the discourse could not be as radical or far-reaching as some might have hoped. For the sake of both national and international morale, the British had to be seen as a dutiful unified force, hence why certain aspects of the debate are ignored in contemporary films. For the most part these films aimed to show Britain at its best, meaning that “the less than best, never mind the worst, get short shrift,”[1] while certain types of masculinity and femininity are omitted.

In Fires Were Started, Jennings chose to portray firemen united by their shared understated heroism, ignoring the tensions that actually existed between the regular firemen and the volunteers; the regions and the classes. Jennings was not suggesting that there was one homogeneous definition of British masculinity; he was merely being selective about which areas of the complicated gender debate Fires would explore. This is a film about sacrifice, duty and bravery; therefore any kind of tension – class, regional, sex – is excluded for the sake of this celebration of British resilience. Moreover, conscientious objectors are not portrayed – or at least not investigated – in either the topical films or the contemporary melodramas. Despite the Military Service Bill of 1939 which allowed these men to argue their case before a Tribunal, such pacifism contradicted the idea of hegemonic masculinity and man’s natural inclination to protect his homeland.

Indeed, for the most part audiences are left to presume that the civilian men in the topical war films would be fighting for their country if they only could – health, age or the Schedule of Reserved Occupations must surely be preventing them. Their behaviour, for the most part, would suggest that this is the case – consider the bravery of the Bramley End men. The one negative example of British masculinity, Leslie Banks’ traitorous squire, is shot dead by a woman, which is arguably symbolic in itself. In fact, only the contemporary melodrama Love Story makes any significant reference to the morality of the non-combatants. When Lissa joins a group playing cards, a seemingly wealthy woman states how it ‘makes my blood boil when I hear what our gallant allies are doing while other people sit down and do nothing at all…The young men, I mean…’  In true Gainsborough melodrama fashion, though, the audience are invited to question this statement: the speaker and her friends are dressed in their best and enjoying a leisurely evening, thus the use of the qualifier ‘the young men, I mean’ emphasizes the already blatant hypocrisy. Likewise, Stewart Granger’ Kit is one of the men being referred to, but the audience eventually finds out that he is in fact an ex-RAF pilot who is going blind. After a risky operation successfully saves his sight, Kit signs up for service again, therefore upholding the ideal of British masculinity by proving that he was a man who could not fight, rather than one who would not.

Ultimately, while these films invite exploration into the gender identity crisis of the Second World War, each one inherently conforms to Margaret and Patrice Higonnet’s ‘double helix’ theory regarding the gender hierarchy of British society. The mobilisation of women during the hostilities did improve their economic, social and sexual independence but these liberties were emphatically stressed as both temporary and a service to the real heroes of the war: the men on the battlefield, thus gender dynamics essentially remained unchanged. Despite their active involvement in the war effort, women’s roles continued to be subordinated to those performed by men, even if they were the same tasks.

In Fires Were Started the women in the fire services are only portrayed as call-operators. While they perform stoically, even when a bomb causes part of the wall to collapse on them, the more hands-on tasks women actually carried out in these roles are not shown. Likewise, only women suffered an intrusive investigation into their sexual morality after war disruptions allowed for more casual sexual relations and a rise in illegitimate birth rates and divorce petitions. Indeed, because Brief Encounter is narrated by the guilt-ridden Laura, she presents her behaviour as socially deplorable, but does not criticise Alec. As masculinity has long been linked to ‘good citizenship’, providing a man was dutiful, rational and brave he could exhibit female traits like sentimentality and still be seen as  a ‘real man’ and an upstanding citizen. Women who behaved like men, however, jeopardized their femininity and their moral calibre. 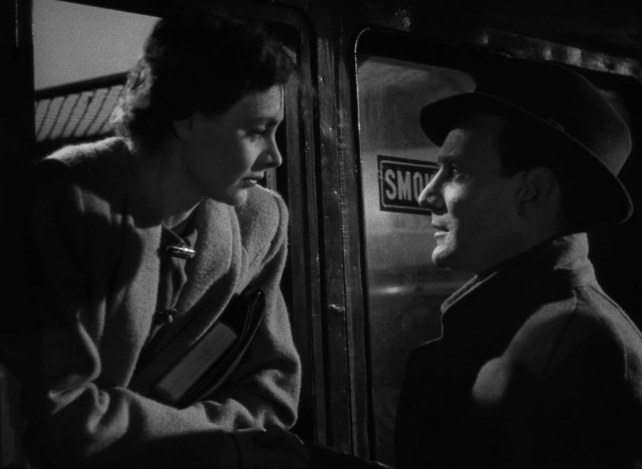 Furthermore, the empowerment of the anti-heroines in the Gainsborough melodramas is fuelled by their sexuality, thus it lacks the symbolic weight of masculine power, so even in this quintessentially female genre women remain “excluded from supreme power”[2]. Moreover, while the films all attempt some degree of investigation into the discourse on the gender categories, ultimately each narrative is brought under male control at the end. Despite several examples of heroic female intuition, the narrative of Went the Day Well? is framed by a male character who retrospectively introduces and concludes the story. Brief Encounter, too, traps Laura within Britain’s traditional gender structure: she is confessing to her husband, a symbol of patriarchal authority. When she breaks down at the end he embraces her; a source of both comfort and dominance, for in doing so he obscures her from the camera. 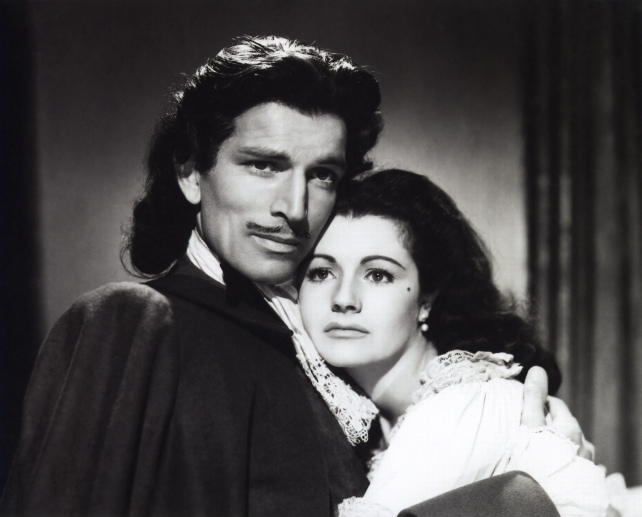 Even the melodramas eventually adhere to the patriarchal structure: Barbara realises too late that she wants ‘a home… children… all the things that I never thought would matter’ and is killed trying to secure them, leaving the ever-virtuous Caroline free to marry Ralph. Yet, despite their wicked ways and inevitable comeuppance, Lockwood’s anti-heroines, much like Mason’s anti-heroes, were far more popular than their virtuous counterparts. Mass-Observation records show that in the last years of the war this “flamboyant, sexy, extravagant”[3] pair became two of the biggest British box-office stars. Jeffrey Richards believes that their popularity “suggests a greater degree of audience identification with the desire for immediate sexual gratification and social success… than with concepts of honour, duty, chastity and restraint”[4].

Overall though, these films offered an exploration rather than a reflection of society, thus audiences arguably identified with Mason and Lockwood’s characters because they let them indulge in the gender debates from the safe confines of the picture-house. The repetitive formula of the melodramas meant that viewers could enjoy the “thrilling alternatives” represented by the anti-heroes and anti-heroines who defied all authority, within a confined narrative structure which inevitably reached a “conservative conclusion”[5]. This applies to all of the films of this period: the different genres and heterogeneous nature of the British public allowed for varying degrees of exploration and understanding of the complex gender discourse. Indeed, gender categories were in such a state of flux that it would have been near-impossible for any film to reflect or shape any conclusive, coherent image of masculinity or femininity, while the war itself meant that they could not be too revolutionary in their discussion, for fear of censorship by the Ministry. Each film produced in this period was therefore neither a mirror nor a model for gender categories but a voice that contributed to the gender discourse, while subtly endorsing the double helix relationship between men and women.