I was on Facebook today and came across a post from my old university college. Unbeknown to me, it turns out that New College, Oxford actually looked after convalescent servicemen and septicemia cases during the Great War. These men were sent to the college from the military hospital that had been established in the Examinations School on the High Street (where my Historian friends and I sat our dreaded Finals exams). 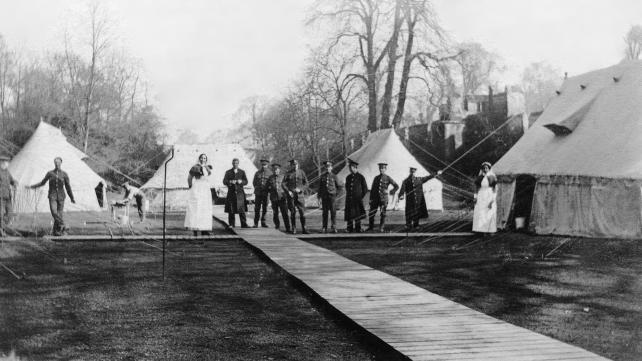 As you can see from this picture, the sick and wounded were accommodated in four white tents, each holding eight beds, in the college garden just behind the Mound (a strange feature of the college, if you know why it was built or what it’s doing in the middle of the garden, please do let me know!) Over time, more tents were added and sheds were also built against the old city wall which runs through the college, until one hundred and twenty patients could be looked after. The garden was not reopened, either to the college or the general public, until April 1920, once all signs of the temporary hospital had been removed. 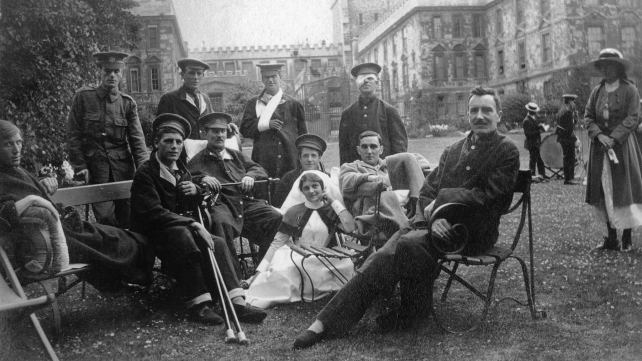 I can’t quite describe it, but I feel really moved by the thought that, without realising it, I walked in the shadows of these men and women for three years.