…in 1914, the first trenches were dug on the Western Front. As it became ever more apparent that the war would not be ‘over by Christmas’, both Allied and German forces began digging trenches. In total, if these trench systems were laid out in one long row, they would stretch for 25,000 miles. 12,000 of those miles belonged to the Allies; 13,000 to the Central Powers. 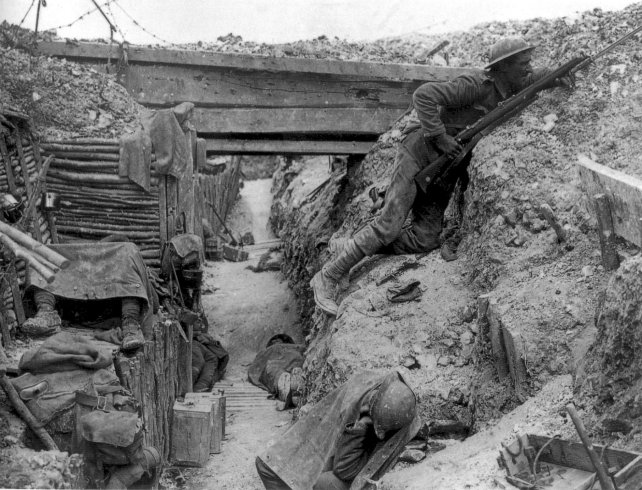