41-year-old Masabumi Hosono was the only Japanese passenger on board the Titanic when she sank on her maiden voyage on April 15th, 1912. Hosono survived the sinking, but it cost him his honour. 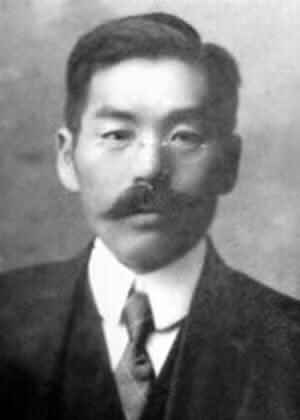 On the night of the sinking, Hosono was woken by a steward, but initially blocked from going up to the boat deck (where the lifeboats were already being launched) as the crew assumed that he was in third class (he was actually in second class). Eventually he made his way onto the deck, and was alarmed by the sight of the distress rockets being launched by Fourth Officer Boxhall and quartermaster George Rowe.

Realising the full horror of the situation, he wrote after that he became “deep in desolate thought that I would no more be able to see my beloved wife and children, since there was no alternative for me than to share the same destiny as the Titanic”.

As the number of remaining lifeboats diminished, he tried to prepare himself to die honourably, “with no agitation, making up my mind not to leave anything disgraceful as a Japanese. But still I found myself looking for and waiting for any possible chance of survival”.

The chance came with the loading of lifeboat 10, when an officer shouted that there was room for two more on board. Seeing another man jump in, Hosono decided to follow suit – “the example of the first man making a jump led me to take this last chance”.

Hosono’s survival – specifically his escape in a lifeboat while there were still women and children on board – was not met kindly in Japan. While ‘women and children first’ is not part of the Samurai code, the Samurai spirit of self-sacrifice is an important teaching (as evidenced in the ferocity and bravery of the Japanese soldiers in World War Two) and one that Hosono was felt to have dishonoured. As a result, he lost his civil service job, was condemned by the press and ostracised by his own people – with an article in 1997 claiming that he was even featured in school textbooks as an example of ‘how to be dishonourable’ (although a re-investigation in 2007 was unable to find any such textbooks).

The letter Hosono wrote to his wife

Hosono never spoke about what he went through, with the exception of a letter he wrote to his wife while on board the Carpathia (the ship that rescued the survivors and took them to New York). His story remained a source of shame for his family, who had his letter published at least twice in an attempt to explain what really happened. It was only when they published it for a third time, in the wake of James Cameron’s hugely successful film, that people took notice and, according to Hosono’s grandson, “honour [was] restored to the Hosonos”.