This week I am in Moscow, conducting focus groups for some upcoming films. Sadly, the nature of the job leaves little time to explore, but I have ticked off the Red Square and, given that we are staying at the Ritz (!), I’m counting that as a pretty great experience, too.

This morning we went to see the “Moscow” Cinema, a gorgeous, exclusive cinema situated just outside the Red Square, in the same building as the Four Seasons Hotel. The cinema is incredible (and their truffle popcorn is hands down THE BEST popcorn I have ever tasted), but what I really wanted to share with you was a fun fact about the building itself. 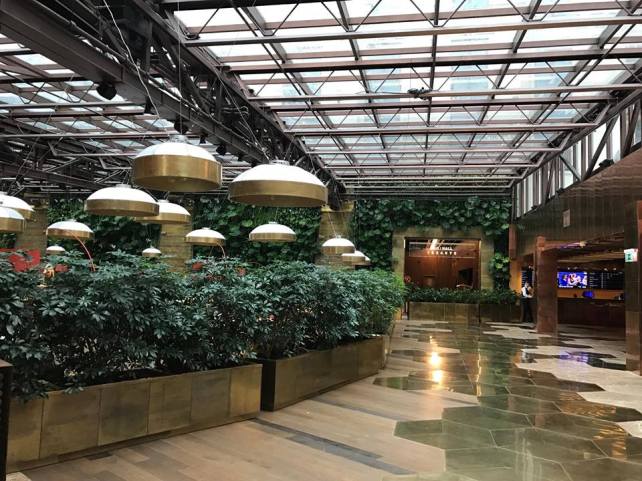 The entrance to the “Moscow” Cinema

The Four Seasons opened in 2014, and the building’s facade replicates that of the hotel Moskva, which used to stand in its place before it was torn down in 2004. Now, this is where it gets interesting…

The Hotel Moskva was built in the 1930s, during the Stalin years, and was designed by an architect named Alexey Shchusev. One particularly notable feature about the original Hotel was the two different designs used for the wings that stemmed from the central building. One was more ornate with large windows, while the other was simpler and with smaller windows.If the story is to be believed, Shchusev submitted to Stalin a sketch of a single façade, with one side showing one design and the other side an alternative version. After reviewing it, Stalin put his signature right in the middle of the drawing, clearly not realising it was of two different options.

Not daring to tell Stalin he had misunderstood, the decision was made to instead incorporate both designs into the building – and there you have it! (Or, had it, until 2004).

P.S. Unfortunately I couldn’t find any photos comparing the two façades, but please enjoy this fab photo of the building from Hospitality Business News.