A wealth of previously unseen photos from the Francis Frith Collection have been uploaded to the website Ancestry.com, including this beautiful image of Tower Bridge being constructed in 1890. Francis Frith was an English photographer, born in 1822. 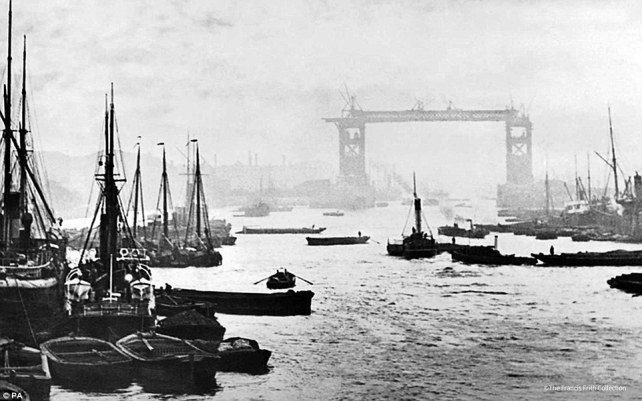 In the 19th century, increased commercial development in London’s East End meant that a new river crossing was required downstream of London Bridge. A fixed bridge, however, would not work as this would stop tall-masted ships from accessing the port in the Pool of London (from London Bridge to below Limehouse). Finding a solution to this problem was opened up to the general public. More than fifty designs were submitted, before eventually the design of the City Architect, Sir Horace Jones, was approved in 1884.