France is reeling. A secular nation, proud of its disentanglement from the complications of religious rule, has this morning been savaged by Islamic extremists. 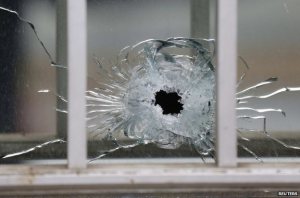 Today’s attack on Charlie Hebdo in Paris is symptomatic of what the world is now experiencing: a war waged on the free by those entrenched in religious (or political) extremism. In principle much like North Korea’s verbal assault on the US for the production and promotion of Franco and Rogen’s film The Interview, the latest battle of this war is in pursuit of the oppression of free speech.

While I, and many others, may not agree with what Charlie Hebdo publish, or whether making The Interview was really a very good idea, it cannot be denied that no group, no matter how mocked or parodied, is justified in retaliating in this manner.